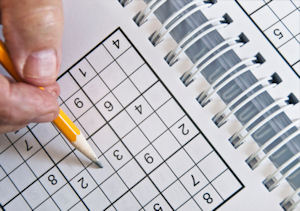 A research performed by the University of Rochester showed that those who are playing action video games were able to process visual information faster that non-gamers by 30%. Through this study, researchers are already looking into using action games for rehabilitating visually-impaired patients. If action games could help in your mental processes, think about the effects of brain exercises, brain teasers, puzzles, board and card games.

Video game manufacturers have also ventured into brain games. In May 2005, Nintendo debuted Brain Age in Japan, where it reached initial sales of 43,000 copies which eventually reached millions after its international release.