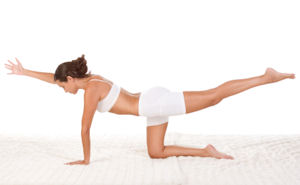 Originating in India and associated with Hinduism, Buddism and Jainism, Yoga refers to their traditional physical and mental disciplines. Over the years, starting mostly in the 70s, Yoga has become more mainstream and is practiced by those who follow other religions as well. There are 6 main styles of Yoga that are commonly practiced.

HATHA
Hatha is a very general term that can encompass many of the physical types of yoga. If a class is described as Hatha style, it is probably going to be slow paced and gentle and provide a good introduction to the basic yoga poses.

VINYASA
Like Hatha, Vinyasa is a general term that is used to describe many different types of classes. Vinyasa, which means breath synchronized movement, tends to be a more vigorous style based on the performance of a series of poses called Sun Salutations, in which movement is matched to the breath. A Vinyasa class will typically start with a number of Sun Salutations to warm up the body for more intense stretchin…

Assured Lease’s ability to recognize the individual and specific needs of EA Canada as the lessee, meet each vendors needs, have the equipment delivered on time and have the many vendors paid promptly was a testament to their experience.