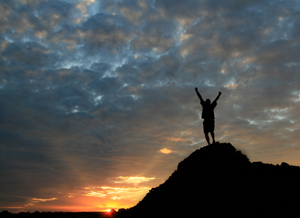 Empowering the mind for commanding emotions is more of training it to subject the will to its decisions. Try to examine this sentence: “I will never be envious of Ana.” Note that “I” comes before “will.” This means your mind (the “I”) has authoritatively decided and concluded that stopping being envious of Ana will do the best thing for “I.” The “I” commands the “will” never to be envious of Ana.

Now, try to reverse the sequence of the two words “I” and “will”. It will look this way: “Will I never stop being envious of Ana?” The positive declaration earlier now becomes a question. With this kind of thought turning into a question, the mind is not empowered. Instead, its power and authority over the will is either questioned or undermined, or both.

Empowering the mind entails training it to assert its prominence and preponderance over the will. The first phase of the war is a battle between the mind and the will. When the will is conquered, their joint forces will overpower the em…