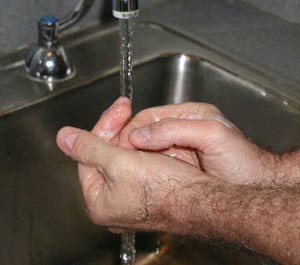 The immune system is an amazing defense mechanism that works on two fronts – defense and offense – to keep you healthy.

On the front line of defense, your body works to resist or attack bacteria or viruses that try to invade your body. Protection can be as simple as the cilia (tiny hairs) inside nostrils and ears that screen out germs. Or it can be as complex as skin secreting acidic oils that prevent the build-up of illness-causing bacteria.
Internally, stomach acids, tears and saliva all contain enzymes that destroy bacteria.

If a germ or virus does manage to break through the first barrier, the body launches into attack mode with the release of antibodies that target the invader. Your body determines which antibodies it will use depending on the type of germ it’s trying to kill.
In fact, humans are capable of releasing more than 100 billion types of antibodies. And your system also has a great memory – once you’ve had a germ, the immune system remembers which antibody it sent …