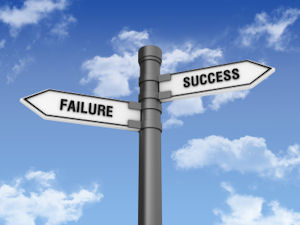 The most destructive element entailed with the fear of failure is one’s inability to take criticism or feedback well. Instead, they tend to magnify the mistakes they have created along the way until it overtakes their mind such that it is difficult to get rid of them. There are also instances wherein the fear of failure is so immense that people tend to limit themselves to the point of not trying for fear of failing.

Steps to Overcoming This Fear

Why must fear of failure be given attention, you might ask. Unless you are able to let go of the fear of failure, then you are unable to achieve your desired result. Often times, fear of failure produces negative thoughts that reduce your actual potential. You think you are incapable of achieving something when it fact you can.

Once you are brave enough to do something about this fear, then you are able to provide yourself more freedom to do what you need to do and succeed at it. Here are some basic methods you can try.