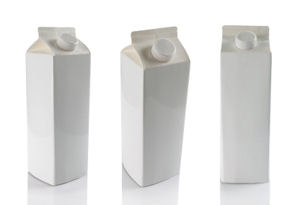 Goat’s Milk
Because it comes from an animal, goat’s milk is most similar to cow’s milk but is easier to digest for those who struggle with the protein found in cow’s milk. Goat’s milk still contains lactose so should be avoided by those who are intolerant. There is a much tangier taste to goat’s milk than there is to cow’s milk so you may not want to drink it but it is great as a substitute in baking, especially in savoury dishes.

Soy Milk
Soy milk has been around for a number of years and is the most common milk substitute. Because soy milk doesn’t contain any lactose it’s a great choice for people who are intolerant but it’s also a popular choice for people who avoid animal products in their diet. Soy milk is a lower source or protein but most are fortified with calcium and vitamin D. The fat content in soy milk is similar to 1% milk but it is lower in saturated fat. It may take some time to get used to the taste and texture of soy milk if you’re used to drinking cow’s milk.…