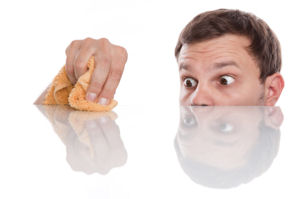 Obsessive-Compulsive Disorder is one of the more widely known types of anxiety disorders, but in actuality, few people understand how it works. People with Obsessive-Compulsive Disorder, or OCD, aren’t crazy. They simply have persistent behaviors that upset their daily lives. OCD ranges from very mild to severe, and some have even suggested that everyone has OCD, but it is simply a matter of controlling your thoughts and actions so that you can live a normal life.

OCD, as its name implies, has two main components-the obsession and the compulsion. The obsession is usually a fear or desire, such as the fear of contamination or the desire to be perfect. The compulsion is the repetitive behavior that is a result of the obsession. For example, someone with the fear that a loved one will die may feel a compulsion to always count everything to a certain number. They irresistibly feel as though their loved one will somehow die if they do not count to this number. Obsessions and compulsions can sometimes be relieved with rituals, which may help to temporarily relieve the stress.

Although many people will joke that they “have OCD” when they are nit-picky about cleaning or do something odd, severe OCD is truly no laughing matter. A person who suffers severely from this condition will probably not be able to work, go to school, live alone, drive, or even go out in public.

OCD is chronic, although many people try to hide their symptoms from others and stop the compulsions at the very least. Most people with OCD understand that they are being irrational, but they just can’t help it. What causes OCD to develop in the first place? While many originally thought it was due to childhood environmental conditions, it is now reported that a specific neurological problem may be the cause. More than one factor is probably at work here and although there are treatments, there are no known cures to OCD.

Getting help, however, is very important. With medication, behavioral therapy, and counseling, patients with OCD can truly start to lead somewhat normal lives one again. Talking to your doctor about your OCD concerns is the first step to controlling your life and health. At the very least, talk to a friend. He or she may be able to help you take the right steps toward treating your OCD. This disorder can be devastating, but with a little hard work, one can overcome OCD.
…