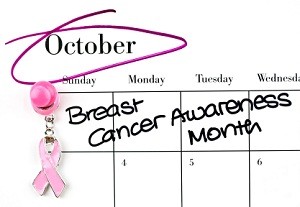 Obesity and being overweight has been attributed as the cause of many diseases and body disorders in numerous medical studies. Diabetes, high blood pressure and cancer are some of the many dangers of being overweight. Concentrating on the latter This article’s aim is to look at how being obese can affect breast cancer in woman – if it has any affect at all. It’s important to remember that weight can affect woman differently depending on their age. Pre and post menopause plays a role due to the hormones present in the body.

Before a woman reaches menopause, the female hormone estrogen is produced in the ovaries. Post menopause however, the woman is no longer releasing eggs via the ovaries, and so estrogen levels are lower. The body has to compensate to this change and does so in the form of an enzyme called aromatase. Aromatase can be found in fat cells and can efficiently convert androgens (another hormone) into estrogen. The More fat someone carries, the more aromatase they have, which leads to more androgens being converted into estrogen. This spike in estrogen is a main cause in breast cancer and would explain why post menopausal woman who are obese are more susceptible to breast cancer.

A medical study conducted on weight gain and breast cancer, the largest of its kind, concluded that women who added twenty or more pounds after entering adulthood had in excess of fifteen percent, and in some cases as high as forty-five percent higher risk of breast cancer after their menopause. This was of course compared to women who gained none or little weight. The figure however at getting breast cancer from gaining weight after menopause was significantly lower at only eighteen percent chance.

It’s not all hormones and weight gain however, as body shape can play a huge part when it comes to breast cancer. “Apple” shaped women, typically defined as woman who put weight around their mid section, are at small increased risk of breast cancer, compared to woman who are labelled as “pear shaped”. Pear shaped women are typically defined as women who add weight around their thighs and hips.

As mentioned in our introduction, obesity and being overweight carries numerous risks and dangers to your body, not just breast cancer; and so it is important to lead a healthy and active lifestyle. A good diet and regular exercise is key to leading a happy and healthy life.