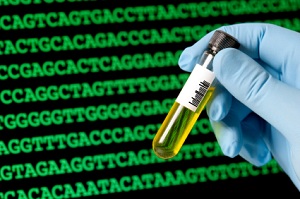 Recently, a company stated DNA tests may help you find a match. What’s on your checklist? Tall, dark, comical, wealthy, brains or brawn? The answer to true love could be in your genes. A Genetic test claims to measure how compatible two people are by comparing their immune system genes.

Single and 35, Angie Paradiso has gone on plenty of dates and is on a mission to find her perfect match. She agreed to put it to the test with her current flame, Stewart. After a series of measures, such as level of attraction, proportion of attraction and even the probability of a successful pregnancy, Angie and Stewart scored an overall 80% in compatibility.

According to experts, our bodies feel the variations between our immune systems and other people’s immune systems, and we are naturally attracted to people with genes that vary to our own. The biological reason for that is more gene diversity ensures better resistance to disease, which is another way of saying opposites really do attract.

DNA in the human body is likened to the magnetic poles. Mutual attraction when finding a partner, and if there is a sense of compatibility, a strong attraction to each other. One study shows that females who are genetically similar to their partners reported that they were less satisfied sexually and sought more new sex partners than women who had greater dissimilarity with their partners… while another study shows that romantic love deflects attention away from potential new partners, perhaps indicating that non-genetic conditions can trump genetic ones.

That means that when we were teenagers and we said things like, “I can’t help who I like,” we were right. DNA can do more then determine who your parents are and aren’t. DNA can tell scientist who your soul mate is and isn’t? Why choose anyone? Why not revert to previous times, only now pre-arranged marriage is just a cheek swab away.